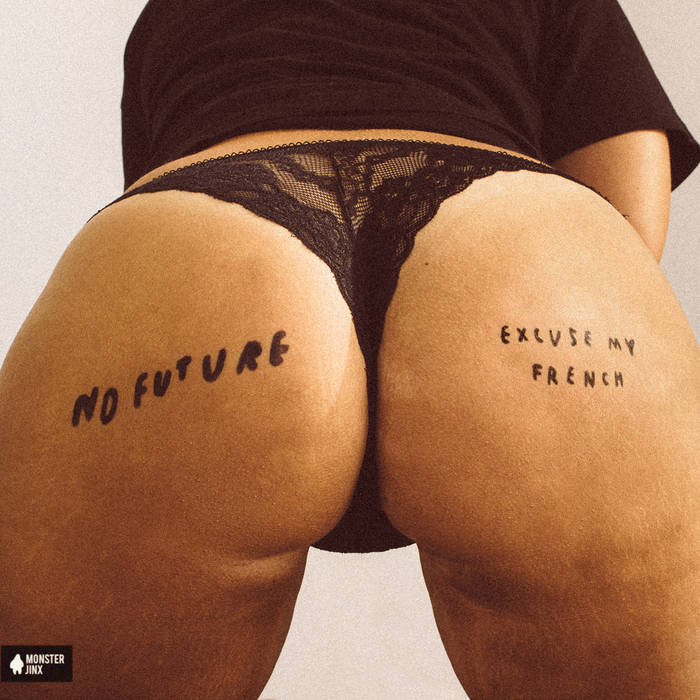 Why did Tati Quebra Barraco and Jay Z go to Paris? NO FUTURE will tell you.

“We’ll always have Paris”, people will tell you. NO FUTURE begs to disagree.
Allow the Monster Jinx crew to explain you why. You see, Paris is not really there all the time for our new signee, young beat-maker NO FUTURE. Although his parents live there, he resides in our dear, old, gritty city of Porto, Portugal. And it’s not like he has the means to visit often.
Even if he does have lots of time to think of Paris.

But a few months ago, NO FUTURE got to go there. He got to visit. To take in not only the beautiful Paris but also the density of the suburbs. And even without speaking a word of french, he absorbed a whole lot. And while there, he realized how similar Porto and Paris are. It’s just that the capital of France has everything more mixed up and in larger, bigger, crazier quantities.

Which gave him the idea to produce what we bring you today… the “EXCUSE MY FRENCH” EP.
While walking around, NO FUTURE got hit by this idea. He thought to remix whichever songs smelled of familiarity to him — from stuff he had to listen to growing up to songs of his preference and of this very day and age — and make them into something larger, bigger and crazier. Hell, he still had a full month in Paris. So he went all in.

And that’s the story of how he ended up remixing Funk Carioca’s legend Tati Quebra Barraco, Justin Timberlake and Danish eurodance band Aqua along the likes of Jay Z, Big Sean and Wale. That’s the story of how he pulled all those worlds together. That’s the tale of how he wrapped them in snares made for hunting, smoked out melodies and synths straight from an alternative future where Funk went global and killed Rock n’ Roll in the process.

But we’ll be honest with you.

We know how HYPE all of this sounds. So we decided to go ahead and play with it. We weaponized it. We photographed a raunchy ass and made it the cover of the record. We asked Wasted Rita to do the lettering for it. Yeah.

Now, we strongly advise you to listen to it and make your judgment after that. Let us know what you think. But if you are tempted to dismiss it… well, just picture Stitches all up in your front lawn, telling you to “pay up — or listen to the homie NO FUTURE!”.

Bandcamp Daily  your guide to the world of Bandcamp